What's on your mind?

Hi im new to this wiki u can call me Summer! I'm most active in the Encanto wiki though

What is Carlos and Evie's ship name ? Carvie or Evlos ?

Join the wiki for fun and games, fan creations and discussion about the Descendants Wiki and the franchise itself!

The one who is not shown in the movie. I ship Evie x Carlos

Okay, in the second movie, she actually made up for it by being a total badass and defeating half of Uma’s crew on her own, but that’s still nothing compared to the giant reputation her mother holds over her.

I saw the Royal Wedding and I noticed that Mal said "I wish Carlos was here." Does that mean he died? 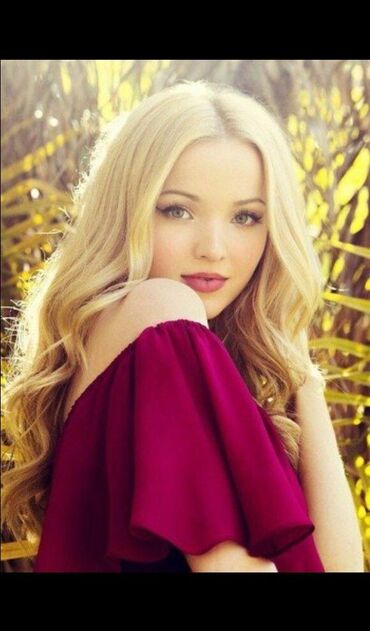 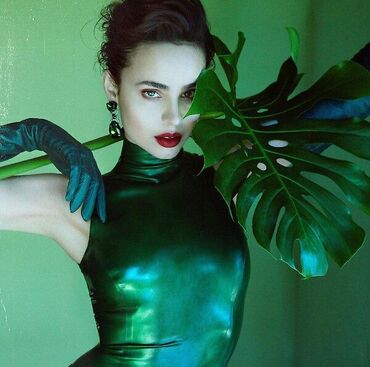 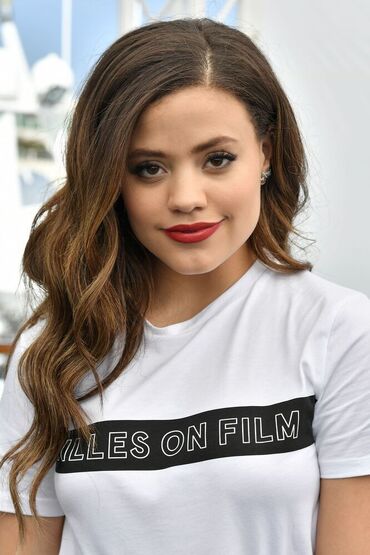 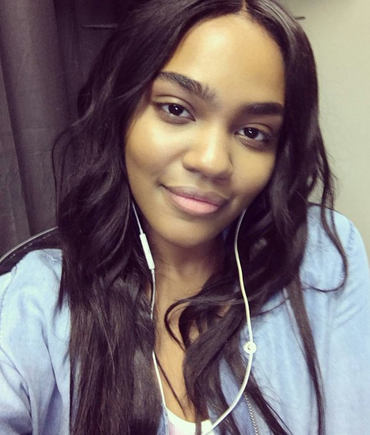 What is Evie's name short for? Think about it: Mal is short for Maleficent, Carlos and Jay are just, uhm, Carlos and Jay, and naming a kid just Evie is honestly kind of fitting for the Evil Queen but it seems like if Mal, the daughter of another vain and cruel villain, got a full name, including a middle name, wouldn't Evie's name have more to it as well?

Due to the actions of some users releasing false information onto pages, Some wiki pages will be protected to prevent further vandalism.

What Pages will be Protected?

Pages that can be considered "completed" pages will be locked. "Completed" Pages are such pages that have plenty of canon information with a appropriate infobox, tags and overall page content. Some pages that will be locked include:

What if it needs more information?

If it is a protected page then it's unlikely it needs pages however if you have a piece of CANON information that can be added to the page, contact one of the staff members and they will add it.

How long will these pages be protected?

The pages will always remain locked for regular users. If you find a page you think should be protected message wall me or any other staff member

(edited by Cheshire Cat from Wonderland)

So Disney literally just dumped this out for no reason: 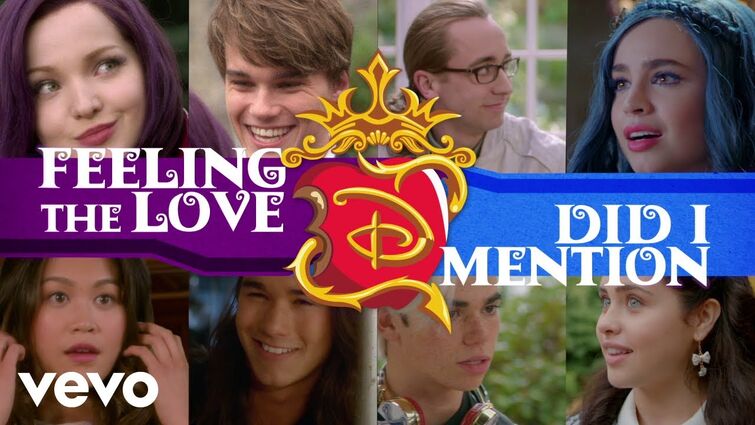 Feeling the Love/Did I Mention Mashup (From "Descendants: The Royal Wedding")YouTube

They put some of both Jonnie and Huma which were never exactly confirmed... SWEET! LOL A tiny bit of what I liked about the movies is back.

Just to start, I’m in no way trying to shame the movie in any way. Descendants 3 is a good movie, but these are just my thoughts on it.

The Descendants arc has become one of Disney’s biggest hits and one loved by viewers of all ages. Unfortunately, D3 had some shortcomings. I think the story and the characters are all wonderful, but there were things that took away from my enjoyment of the movie.

My first problem: the music. I think all of the songs are great (except one), but I also think there was too much music. It was so loaded with songs that there wasn’t enough attention given to other aspects of the movie. Evie’s “One Kiss” song comes to mind here: she goes on and on for two minutes about kissing Doug. Traditionally, Disney has only had the characters sing when it helps move the story along, and the D3 soundtrack, while fun and entertaining, didn’t accomplish that.

This leads into one of my other issues with the movie: the backgrounds. I get that this is Disney Channel and budget is a bigger issue, but these backgrounds all looked so incredibly cheap and they felt like too much of an afterthought. Backgrounds are just as important as the foreground, and when they’re done poorly, it’s such a distraction. Effects fall under this umbrella—Ben’s beast mask was so awful, it made me feel physical pain. It’s a shame that the backgrounds and effects were so bad because it takes away from how amazing the choreography and (some of) the costumes were.

That pulls me into my next issue. Some of these costumes were just awful. Audrey’s weird skirt over leggings thing was unsalvageable no matter how you look at it. It was that bad. It wasn’t flattering on Sarah Jeffery’s body and the neckline/collar was a mess. (And P.S., Sarah, you’re gorgeous, but the washed out blonde with pastel highlights was not a good look on you.) Evie’s outfit at the finale was also…interesting. It looked like it belonged at a MET gala and not in a Disney movie. Some of Mal’s outfits and Evie’s, while nice, didn’t look like things that 17-year-olds would wear. All of the other costumes were so beautifully done that when there was these huge fails, they just looked so much worse. What I think happened was the filmmakers spent so much money on the music that everything else felt like more of an afterthought.

I had one other big problem, though this one is a bit complicated, and it has to do with the writing. Continuity is something that can be tricky to maintain in movies because writers can often be charged, but these movies had the same writers throughout. Some of these tiny continuity errors I’m willing to overlook, but there’s two in particular that are just painful. In the first two movies, it’s said multiple times that Fairy Godmother’s wand is the sort of be-all, end-all of magical items. Then there’s Maleficent’s Dragon Eye scepter, which, apparently, nothing can reverse its curse. Now there’s Hades’ ember, which is the only thing that can reverse the scepter’s curse. So where does the wand fall in all this? Hades also stresses that the ember can’t get wet, but it’s fine after it gets snatched by Uma’s WATER COVERED tentacle (and gets submerged), and it’s also fine after Celia drops it in water. Get it together, Disney.

I also have my other continuity gripe. This one isn’t as obvious, but it does still irritate me. In the first Descendants book, “The Isle of the Lost”, Mal’s father is mentioned twice. Both times, Mal’s father is described as weak and human. This is, in no way, a diss to Cheyenne Jackson, I love his work, but this is a bit of a diss to his character. Hades is not weak, nor is he human—he’s the god of the dead—so I think Hades is an odd choice for Mal’s father. And if you really want to get into it, after Mal took Lizard Maleficent (who magically changed from purple to green between D1 and D2) back to the Isle, what happened to her?

Continuity wasn’t my only issue with the story. There were a few other things that I think could have been smoother, or at least less painful. For example, Evie’s whole “we could put our differences aside and be friends” line and all her other “let’s be friends!” junk, while very Disney, made me want to yack up my lunch. I also think Audrey’s execution could have been much better. (No hate to Sarah Jeffery, she did her best with the mess she was given.) Her motivation was definitely there, but saying she overreacted would be a gross understatement. She went way off the deep end. I love that, unlike the previous two Descendants villains, Audrey saw the error of her ways and felt regret for what she did, and I love the apologies (because yeah, even though Audrey’s a female dog, no one deserves to have their boyfriend spelled and stolen), but I don’t like how she also got off without a hitch. This girl stole the Queen’s crown and Maleficent’s scepter, terrorized Auradon with a sleeping spell, put an aging curse on Mal, turned Ben into a beast, turned multiple characters to stone, and kidnapped a child…and receives no punishment. Hades is right in the end—when it’s one of Auradon’s own, it’s an error in judgment, but when it’s a villain, lock them up and throw away the key. For all the “let’s not judge someone based on their background,” there sure is a lot of judging based on background.

I also saw some backslide with one character. Evie is incredibly talented as a designer and personally, I think she goes through the most development. She goes from being this little diva who fakes being dumb and needs a guy to feel validated to being an independent woman who embraces her intelligence and doesn’t need a guy to feel complete. This is something that every little girl needs to see: that you are special and wonderful just as you are and you don’t need someone to tell you that. When Evie sang the song about kissing Doug (which wasn’t even that good IMHO), I saw her fall into those old rhythms of desperation, and I felt so mad at the writers for putting her through this.

My other story gripe happens at the beginning of the movie. Ben and Mal are 16, 17 years old. This is WAY too young to be getting engaged. For how wholesome Disney is and how much they expect their people to keep a goody-goody image, they really think getting engaged before you graduate high school is something that’s okay to put in a movie for kids? Granted, in fairy tales, the characters are young (Snow White was 13, Sleeping Beauty was 16, etc), but this is supposedly set in modern times where we have things like Internet and long life expectancy and Cheetos. This is also a matter of personal opinion, but I also think that engagement after only a year or so isn’t a good idea—marriage is supposed to be a lifelong commitment (note that I said “supposed to be”), so you maybe want to be with a person for a bit longer to decide if you really want them as a long term partner. It was definitely one of the cutest Disney Channel scenes out there, but I think it would have been much better if Ben gave Mal a promise ring instead of an engagement ring.

We all miss you so much! And wish you were here! You were a great actor, singer and dancer. And we wish we didn’t have to say goodbye so soon! We love you!!!!

So I saw Mal singing My Ones Upon A Time I was like: Me:Oh mae gosh it is so amazing i rather listen all day! 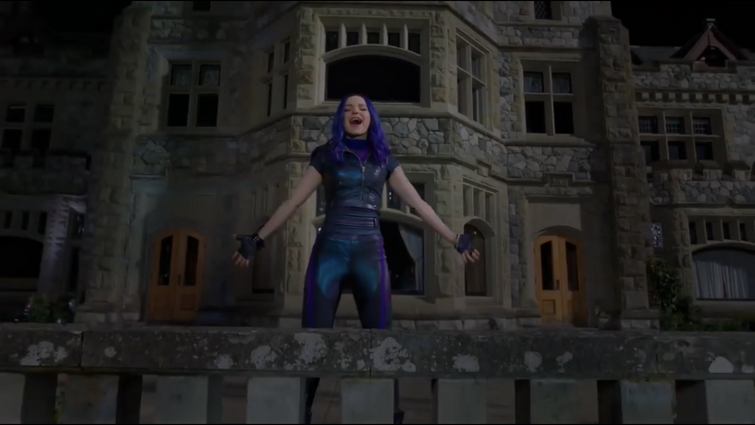 Queen MalMy Once Upon a Time

Is it true that there is being a Descendants 4?