Isle of the Lost (formerly)
Auradon

Red, dark brown at the roots

Escape from the Isle of the Lost: A Descendants Novel

“I know what you're seeking. How does it begin, and how will it end? All shall be revealed. For the cards never lie. A great love, for one another, for their friends, and for a kingdom. But these friendships will be tested. Some will bend, some will break. Why, you ask? It's quite simple. A great evil, one from within, that cannot go without, will have their revenge. And all in Auradon will pay. Forever.”
―Celia, in the "Is It Celia?" Trailer

Celia Facilier is the younger daughter of Dr. Facilier and the younger sister of Freddie Facilier. On the Isle of the Lost, Celia worked as a fortune teller and an errand runner for Hades. During VK Day, Celia is one of the four new VKs brought to Auradon alongside her friends Dizzy Tremaine (her best friend) and Squirmy and Squeaky Smee. Celia is portrayed by Jadah Marie.

Celia's been described as feisty, sassy, and has a knack for being "mean". In fact, during VK Day, Mal claimed that Celia could use a little time in Fairy Godmother's goodness class. This is shown on multiple occasions, namely leaving the Isle and after Audrey's age spell had worn off on Mal.

She's also very mischievous and witty, especially in regards to making money. This is shown in her interaction with Hades and the VKs. This is also partly due to being raised by her father, Dr. Facilier.

However, Celia can be loyal, caring, and brave, especially when the situation calls for it. She deeply cares for her loved ones, especially Dizzy and her father, and is more than willing to protect them. She is also trustworthy, as she was willing to keep Mal's secret about Hades. But in potentially dangerous situations she has a tendency to become easily frightened, such as when Audrey trapped the group in Evie's Cottage.

Despite her mischievous and cunning tendencies, Celia does not tolerate blatant deception about matters she deems important and has a strong sense of morality.

Celia is a pretty girl with medium brown skin, dark brown eyes, and curly dark red hair which is brown at the roots and assorted into many small braids.

Her primary outfit consists of a multicolored suit of various designs and patterns, and colors such as reds, greens, purples, and pinks. Underneath her jacket is a sleeveless white shirt with a green collar with a green skull motif in the center. Hanging from her purple belt is an owl keychain with yellow frills. Her most notable accessory is the tiny hat that sits on the side of her head, and it is maroon with a small multicolored skull and dark feathers. It is only seen in the movie twice. For the majority of the movie, she wears a green and purple headband and multiple accessories, such as bracelets and dark red fingerless gloves.

Her VK Day outfit has a denim theme. She wears ripped jeans with colorful frills, with a matching skirt and jacket. Underneath is a shirt depicting a face and a pendant with a skull motif. Her iconic hat is black with purple and white flowers and a small fabric hat shape, with vibrant fingerless gloves.

Celia first appears during the song (Good to Be Bad), when she is visited by Mal. She takes her application to Auradon Prep with her to give to one of the VKs. Celia watches with excitement as her best friend, Dizzy is chosen, then Squirmy and Squeaky Smee. She is chosen last by Mal (because she could use some time in Goodness Class, which, judging by her reaction, is appropriate). She goes up on the stage to shake Mal's hand before exclaiming where they're going.

The day the VKs leaves, Celia is the only one without a relative to bid farewell to. She drops her backpack in the trunk of the limo and walks away without a word as Ben was speaking to her. As the limo leaves, she reads Ben's fortune: be a wise and great king, to which Mal agrees. In turn, she requests payment. Ben gives her a bill to which she is noticeably enthusiastic about.

Hades races after the limo and attempts to escape. Evie pulls this to attention and stops the limo. Mal transforms into a dragon and battles against the ember, while Celia and the others watch in horror. Mal eventually manages to push Hades back in, and they leave for Auradon. Dizzy and Celia accompany the VKs to Evie's Cottage where they prepare for Jane's birthday party. However, Carlos notices that a big slice of the cake is missing. The culprits are Dizzy and Celia, who are enjoying the lack of dirt and flies in the cake.

Celia runs outside with Evie, Carlos, and Jay to find Mal turned into a hag by a vengeful Audrey, who mocks them before vanishing. Mal informs them that the only way to break the spell is Hades Ember, but Evie expresses doubt about how they would get it. Celia informs them that she's his "errand rat" and she has the key to his lair at her dad's place. Mal tells her she's coming with them, to which Celia whines that she just arrived. After Evie gives Dizzy some information, Mal tells everyone to get ready.

Celia rides on Mal's bike as they race across the water to the Isle. When they arrive, Mal notices that she's reverted back to her old self, to which Celia sassily remarks that the idea of nonexistent dark magic on the Isle is the point. She does a secret knock on the door to her father's arcade and the group enters. Celia excitedly greets her father and Dr. Facilier asks if she's started up any hustle in Auradon. Celia replies that she hasn't, but she has "friends on the other side." She takes the key for Hades' Cave and pridefully informs her father that she's a "major player" on the mission. He tells her to make sure she gets her cut, to which she nods mischievously. Carlos turns on the television where they notice that the sleeping spell has increased. As they prepare to leave, Jay realizes they don't have the remote to the barrier. Celia reveals that she swiped it since it looked important, and Jay takes it from her.

Harry Hook, Gil, and the other pirates have taken the bikes, and Jay, Carlos, and Evie run after them. Celia prepares to do the same until Mal reminds her what the goal is. Celia remarks that the time is close to Hades' nap time. The two make their way to a deserted area of the island and Celia uses her key to open the skull-shaped doors. Mal inquires as to the size of the dog, and Celia tells her she'll see for herself. She then warns Mal to stay quiet as it easily echoes inside Hades' lair. They enter Hades' quarters and silently make their way down. Upon hearing loud dog barks, Celia deduces it was only a scratch recorder. As Mal sneaks behind Hades, Celia stops the recording. Hades inquires the reason for her presence, and Celia throws him a can of corn. He grabs Mal's hand before she can take the ember, much to Celia's annoyance. Mal addresses Hades as her father (Do What You Gotta Do), something Celia is noticeably shocked by.

Mal successfully takes the ember from Hades, and Celia remarks that he often asks about her. Mal then reveals that Evie is the only one who knows he's her dad and he's dead to her. Celia promises to keep the secret. Celia and the VKs leave the Isle, but Harry and Gil suddenly leap through the barrier. Celia is then taken a considerate distance away from them by Jay and Evie. As Mal unintentionally drops the ember into the sea, Uma emerges as a Cecelia and takes it. After she transforms into a human, Celia watches Mal and Uma bargain. Celia stays neutral in the matter and watches as Evie tries to get the two groups to get along. When this fails, she simply follows Mal towards the bridge.

Upon arriving in Auradon, the group is shocked to find everyone asleep. Carlos tells Celia that she'll love Auradon Prep, and the latter is excited about this. Uma suggests they check the school for Audrey and Celia follows the four. However, she looks visibly dismayed when Mal and Uma get into another argument over authority. They search the castle looking for Ben until Dude tells them he can sniff him out. As they search the gallery, Celia is instructed by Evie to stay by the door, which she does. She plays with Dude, to which he says she seems nice. When the knights attack, (Night Falls), Celia aids by giving Carlos a shield to fight with. With the knights defeated, Celia watches as Evie tries to get everyone to get along again. When Mal gives out instructions, she follows them out. She goes with Uma to Audrey's dorm where she tries on jewelry in vanity. Evie tells her to leave it there before they leave for Evie's Cottage. The foursome arrives to find Dizzy, Doug, and the twins asleep. Celia covers them with a blanket and assures them (mostly Dizzy) that they will fix the mess Audrey caused.

Celia is seen with Uma eating Jane's cake until Mal pays Uma a compliment. She goes upstairs to give them privacy until Audrey traps them inside the house, to which she responds to Uma by saying they're trapped. However, Uma and Mal are able to break the enchantment by combining the ember and Uma's necklace. Celia then informs them that the boys have arrived. Once everyone regroups, Celia goes with the VKs, Ben, Uma, and Harry to Fairy Cottage to look for Audrey. They only find a terrorized Chad Charming locked in the closet, left behind by a possessed Audrey. after they leave Mal tells them that no one will be going in and out of the barrier anymore, since it will be closed forever. Celia, in tears, tells Mal that she was a chicken for not telling them, and now she can't ever see her dad again. In anger, she takes the ember from Mal and douses it with water before disappearing into the woods.

However, Celia immediately regrets what she's done when she's eventually captured by Audrey and used as bait to lure Mal into a battle. Mal transforms into a dragon and fights Audrey but isn't strong enough to beat the scepter. Celia repeatedly tries to fight back until Audrey threatens her into submission. With the help of Uma, who had a change of heart, Mal defeats Audrey with the ember and saves Celia. However, Audrey is left in a comatose state. Back at Auradon Prep, Mal says the only way to save her is if they bring Hades. Uma and Harry request they return to the Isle, and after a moment Celia says she wants to go along, surprising everyone. She says sadly she wishes she could be in two places. Realizing that Mal was only trying to protect her and everyone else, Celia forgives Mal when she apologizes for her dishonesty.

On the day of Ben and Mal's engagement party, they decide to break down the barrier for good and allow all the villain kids free. Celia is seen watching this with delight and joins in (Break This Down). She greets her father once again mid-song and drags him into the party, but not before gratefully giving Mal a hug alongside Dizzy. 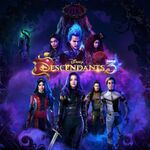 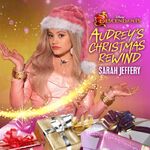