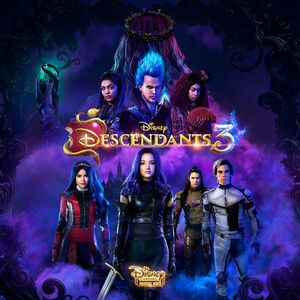 Descendants is a musical fantasy television film series which began in 2015 on the Disney Channel. It centers on the adventures of the children of several classic Disney villains, but perhaps most prominently Mal, the daughter of Sleeping Beauty baddie Maleficent.

The latest installment of the series is called Descendants 3. As promised by early teasers, the August 2019 entry will introduce Mal's father. Loyal fans have suspected and even demanded this "trequel" and have skillfully tracked clues across social media and the internet since 2018.

Reprising their roles are: Dove Cameron as Mal, Cameron Boyce as Carlos, Sofia Carson as Evie, Booboo Stewart as Jay, Mitchell Hope as King Ben and China Anne McClain as Uma. "By adding a modern twist to Disney's most treasured heritage properties," Disney Channel execs have said, "the world of Descendants has become an instant classic." The franchise has reached more than 71 million viewers worldwide, generating top-charting albums, ubiquitous Haloween costuming, and popular doll and book lines. And we cover it all, right here at the Descendants Wiki!

Here are some names and faces you need to know to enter Auradon, the world of Descendants. But there are plenty more! 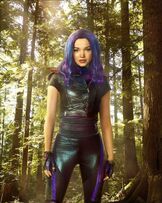 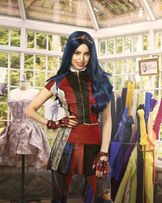 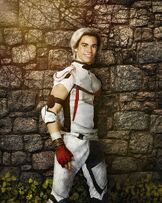 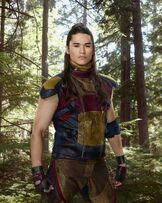 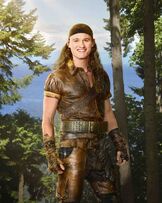 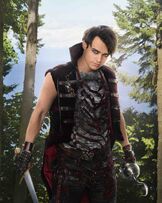 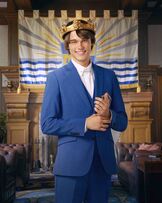 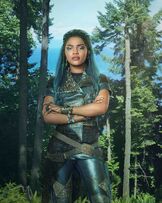 Uma is Back! Descendants 3

We're a community run and maintained by people just like you! Created by fans, for fans, the Descendants Wiki is dedicated to creating a comprehensive and informative resource about all things Descendants. Fair warning, though: you may encounter spoilers here, so be careful!

Purple Hearts Cast and Character Guide: Who Plays Who?  TheWrap...

Isle of the Lost (TV series)

Isle of the Lost is an American web television series, based on the Descendants film series.

Evil Schemes and Nasty Plots is a class taught by Lady Tremaine, aka the Wicked Stepmother. She enc…