Tiger Lily is one of the Indians of Auradon. She is now the mother of Tiger Peony. Tiger Lily appeared first in the 1953 film Peter Pan. She was the daughter of the chief. Tiger Lily gets taken by Captain Hook and is tied to an anchor in an attempt to bait Peter Pan into coming for her. Peter winds up saving her and bringing her to her father "The Chief." Tiger Lily appears to love Peter Pan. Tiger Lily is shown giving Peter what is called Eskimo Kisses'. 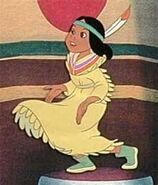 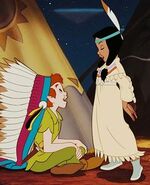 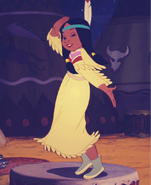 Add a photo to this gallery
Retrieved from "https://descendants.fandom.com/wiki/Tiger_Lily?oldid=95466"
Community content is available under CC-BY-SA unless otherwise noted.